← more from
GIVE/TAKE
Get fresh music recommendations delivered to your inbox every Friday.
We've updated our Terms of Use. You can review the changes here. 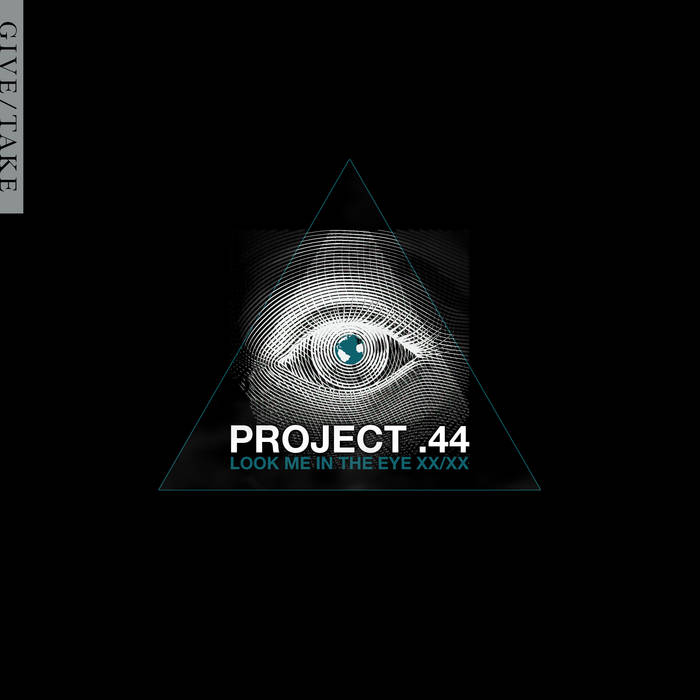 Nine Lines of Crime Damn. 20 years on and still as fresh as an angry, fire-breathing daisy! Chris and Company should be proud. Rob's remastering is stellar! Match made in industrial heaven. Favorite track: The Figurehead.

In 1999, project .44, whose members lack no pedigree (Ministry, My Life With The Thrill Kill Kult, etc.) unleashed their debut LP, and nothing was the same. Look Me In The Eye introduced the world to project .44's unmistakably aggressive and subversive brand of pure Chicago industrial.

Now, as project .44 prepares their next chapter, we're honored to celebrate the album's 20th anniversary with Look Me In The Eye XX/XX. Entirely remastered by Rob Robinson (ohGr, Hate Dept., Black Line), including three previously unreleased live recordings, and all new artwork.

NEW ALBUM "(the storm before) reform" out NOW

Bandcamp Daily  your guide to the world of Bandcamp